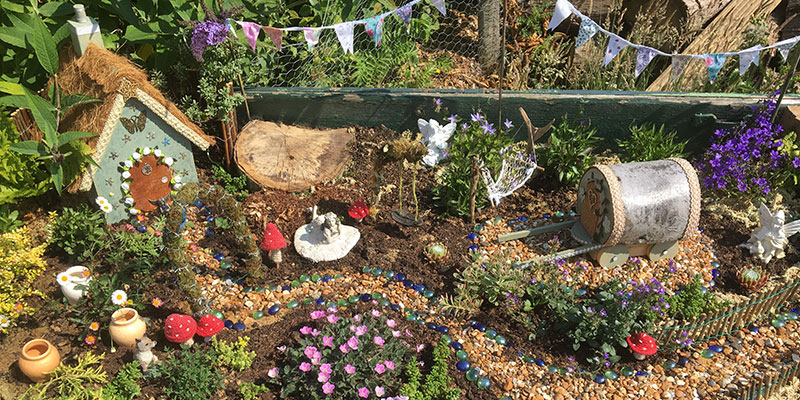 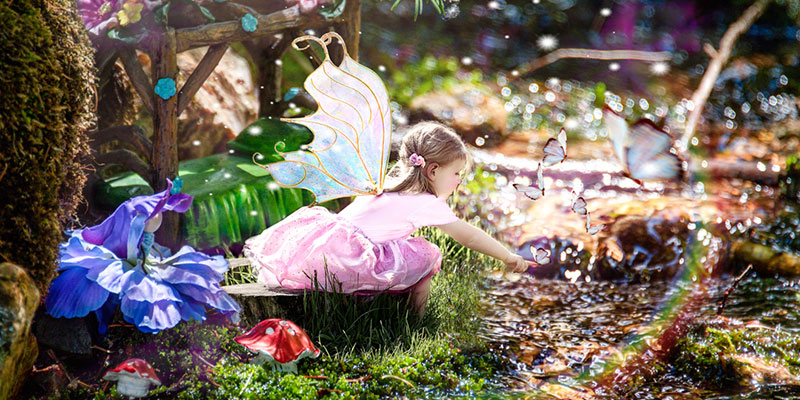 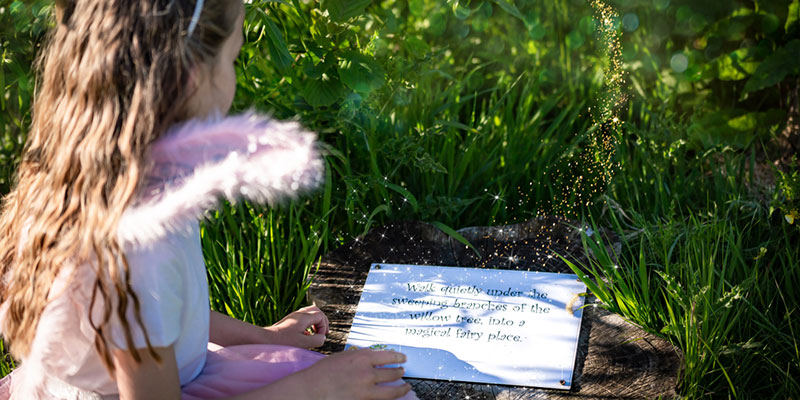 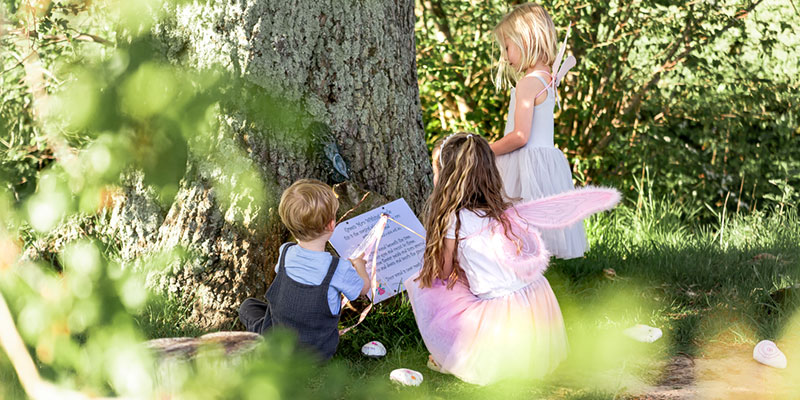 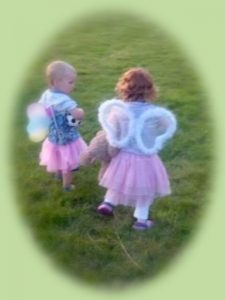 We have a wonderful fairy trail that starts just outside the camp field. It runs along the stream then travels up the hill to the farm garden where you will find the fairy yurt with books to read and fairy dresses to wear.

Here is how it all began…

In the winter of 2015, Farmer Tim became concerned about a large branch that was leaning very low to the ground, from the ancient willow tree by the stream. He was worried it would fall and hurt one of his sheep, so he asked local woodsman, Mr Turner to come and remove the branch. 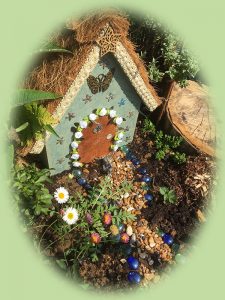 Mr Turner had worked with trees and woodland for many years, and considered himself to be an expert in his field. He started work on the tree, to remove the branch. He wore a hard hat to protect his head and steel toe capped boots to keep his feet safe. He took health and safety very seriously.
He picked up his sturdy sharp saw and started to cut the branch, pushing back and forth with long swift strokes.

The old branch was quite thick and Mr Turner began to feel his arms aching, but he carried on. “This won’t take much longer, “ he thought. 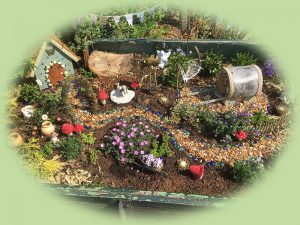 Now what happened next, took him completely by surprise. As the branch began to crack and fall, suddenly, out flew hundreds of fairies. They fluttered up into the sky in panic, their wings shining and sparkling in the winter sunlight.

Mr Turner rubbed his eyes in disbelief. He could not believe what was happening., He had heard about woodland fairies, but in all his years working with trees he had never seen one. Now there were hundreds flying all around him. He wondered if anyone would ever believe him. 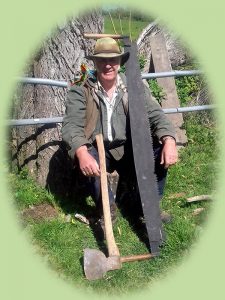 He knew immediately what he had to do. He had to find the fairies a new home, where they would be safe. He ran along the stream, searching frantically. Then he found the perfect spot, a beautiful weeping willow with a canopy of softly sweeping branches where they could live safely and undisturbed.

He went back to the fallen branch and gathered up the fairies into his hat. He carried them to their new home. They were delighted. 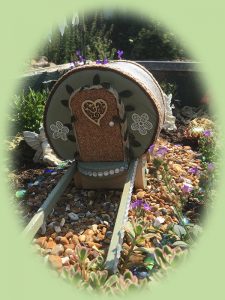 When he had carefully re-homed all the fairies he returned to the tree with the missing branch. He could see something shining and glittering against the dark bark of the tree. He took a closer look and found it was the beautiful willow fairy queen and two of her faithful handmaidens Lee and Lark. They were clinging on to the tree. They had lived there for hundreds of years and could not bear to leave. Again Mr. Turner set to work and made the large fairy door you can see on the tree. Behind it the willow fairy queen now lives with her two favourite fairy handmaidens Lee and Lark.

But be assured, the fairies will do their best to keep you safe. 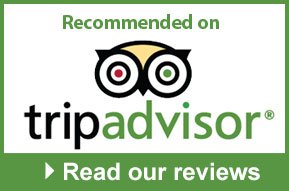